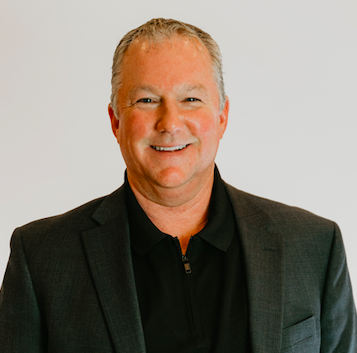 Founder and Executive Director of Wiggle Your Toes has spent the past 15 years in both business development and management in the Information Technology and Engineering staffing, consulting and outsourcing industry. As the result of an accident in January of 2007 Aaron lost both of his legs above the knee. Aaron’s quick and successful recovery efforts are the premise of the Wiggle Your Toes organization. In May 2008, Aaron founded Wiggle Your Toes with a mission to help other amputees regain independence and mobility. Aaron has given back to the amputee community through Wiggle Your Toes and also by lobbying on capital hill for the Amputee Coalition of America (ACA) parity act.  Aaron resides in the Twin Cities with his wife Amanda and their three children. 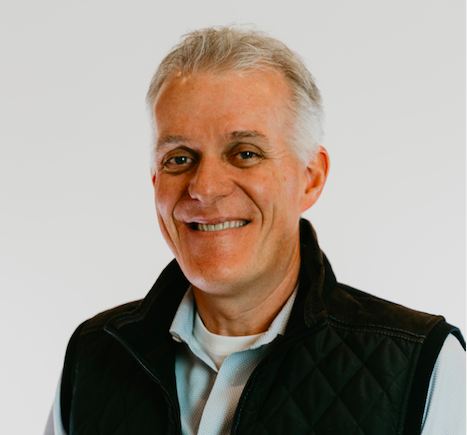 Scott currently serves as Vice President & Chief Financial Officer of Okabena Investments Services, Inc., a Minneapolis-based Registered Investment Advisor. During his 25+ year tenure at Okabena, Scott has served in a variety of roles, providing him with a broad exposure to fund accounting, performance measurement, financial reporting, audit, regulatory compliance, investment administration, and technology implementation. Prior to his arrival at Okabena, Scott earned his CPA designation while working in the audit practice of Virchow, Krause & Company.

Scott received his undergraduate degree in accounting & computer science at Minnesota State University and his Master of Business Administration degree with honors from the Carlson School of Management at the University of Minnesota. 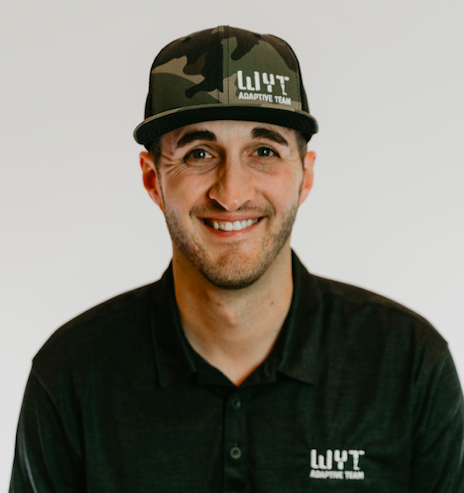 In 2013, after a severe accident that resulted in the amputation of both of his legs below the knee, Mark was faced with a lot of uncertainty. Wiggle Your Toes stepped in and played a vital role in his recovery, providing Mark with peer support and helping guide him through life as a new amputee.

After a full recovery Mark returned to a very active lifestyle that included participating in the sports he loved. Five years after his accident, Mark had the privilege of representing Team USA while competing in snowboarding on the highest stage at the 2018 Paralympic Winter Games.

Mark joined the board of Wiggle Your Toes with a mission to show others what they are capable of achieving with the right support, prosthetics and mindset. Mark helped form and launch the Adaptive Team which now runs and hosts several sporting clinics throughout the year. Mark has seen firsthand the power of adaptive sports and will stop at nothing to spread hope, encouragement and to share his passion with others! 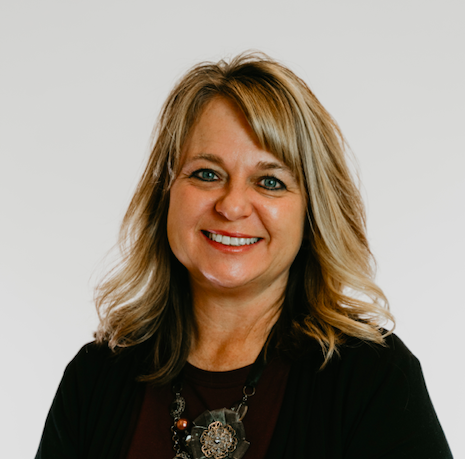 Teri Kuffel, JD Teri is the Vice President and founding co-owner at Arise Orthotics & Prosthetics in Spring Lake Park, MN where she oversees all practice management aspects of the business. Teri earned her juris doctorate from Mitchell Hamline College of Law in St. Paul, MN and has worked in the O&P industry with contract, human resource, and organizational management since 1999. She serves on the boards of the American Orthotic & Prosthetic Association (AOPA), the Minnesota Society of Orthotists, Prosthetists and Pedorthists (MSOPP) and Minnesota’s amputee non-profit, Wiggle Your Toes. Teri has also been an instructor for the Master’s program in Prosthetics & Orthotics at Concordia University in St. Paul, MN since its inception in 2015.

(Longer) Teri has been an AOPA state representative for ten years, and has worked on many state issues, including Minnesota’s recently passed O&P licensure law. Teri was one of the recipients of AOPA’s 2015 Ralph R. “Ronney” Snell, CPO, FAAOP, Legislative Advocacy Award for her relentless advocacy work with MSOPP and AOPA, including her participation in previous Annual AOPA Policy Forum events, to which she also sponsored patients to join her each year. 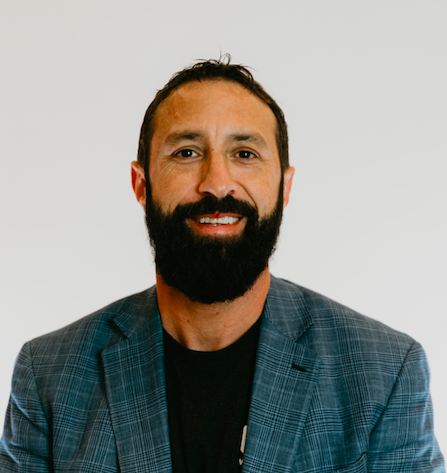 Rob was involved in an incident in June 2005 when he lost his right leg above the knee. He was the first amputee to visit Aaron and his family in the hospital after Aaron’s accident; they have a good friend in common. Rob had many questions about amputation while he was in the hospital and these were never addressed. He wanted to make sure Aaron ‘s concerns were answered! Wiggle Your Toes has given Rob the opportunity to carry on this help with other amputees…

Rob has been involved in the financial industry for 8 years. He and his father started an insurance agency, Health and Wealth Advisors and in 2008 they joined MidCountry Bank, where he handles all of the health insurance for all of there 15 locations, along with individual, commercial, and other insurance services in their twin cities’ locations. Rob also teaches insurance principals and other continuing education insurance classes for Kaplan Professional Schools, formerly Prosource Dearborn, for the past 7 years. Since he began teaching, he has taught over 14,000 students.

Rob grew up in Delano, MN and graduated from Gustavus Adolpus College in 2000, with a Bachelors of Organizational Management. He played football for the Gusties all 4 years and stays involved with the program and Gustavus. Rob currently lives in Minneapolis where he still enjoys playing softball with former college football buddies and other outdoor activities. He spends lots of time with his family, friends, and just loving life… 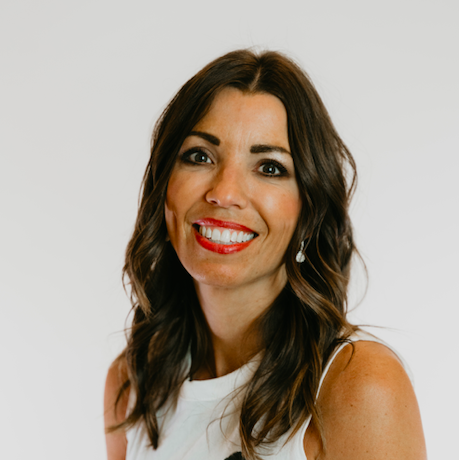 Riana Hansen is currently the Director of National Business Development for Horizontal Talent – an experience forward consultancy providing staffing for information technology, digital marketing/creative and business & strategy markets. Prior to joining Horizontal, Riana spent 15 years providing IT staffing and consulting to large enterprise clients throughout Minneapolis/St. Paul. In addition to her full-time career, Riana co-owns and operates ShakRa Yoga and Fitness in Downtown Shakopee, MN. ShakRa offers clients a warm, inviting space and a variety of classes to promote healthy movement at any fitness level.

At her core, Riana is an encourager. Her role on the board serves to encourage others to attend events, learn more about WYT clients and learn how they too can become part of the Heal, Recover, Flourish process.

Originally from Hibbing MN, Riana received her Bachelor of Science degree from the University of North Dakota. She currently resides in Shakopee with her husband and 3 kids. 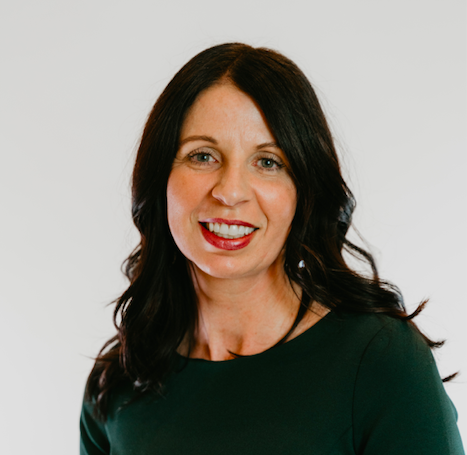 Betsy operates on the philosophy that success is derived from helping others to succeed. Betsy has been in the IT Staffing and Consulting industry since 2000 and is currently the CEO of Intuitive Technology Group headquartered in Edina, MN.

Betsy holds a BA in Communications with an emphasis in Human Relations and Computer Science from St. Cloud State University.

Outside of work and Wiggle Your Toes, balance is found by focusing on her favorite hobby – family. With three young boys, Betsy and her husband have discovered and mastered the art of dividing and conquering. 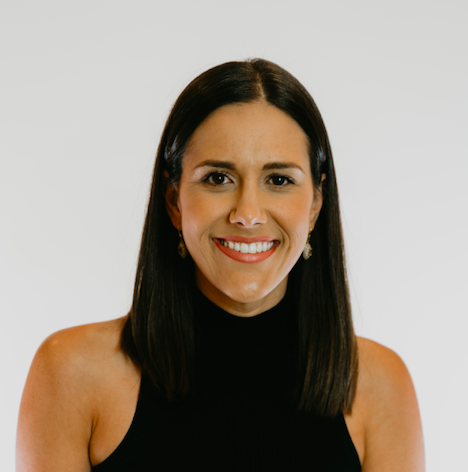 Courtney Godfrey is a television news reporter at Fox 9 in Minneapolis. In 2017, she lost her left leg below-the-knee in a boating accident. Since then, she has used her platform to mentor and advocate for others living with limb loss. Between reporting, public speaking, non-profit work and being a mom, Courtney stays very busy. When she has free time, she loves snowboarding, working out, traveling, and spending time with her family. Courtney serves on the board of the Hennepin Healthcare Foundation and joined the board of Wiggle Your Toes in 2018. 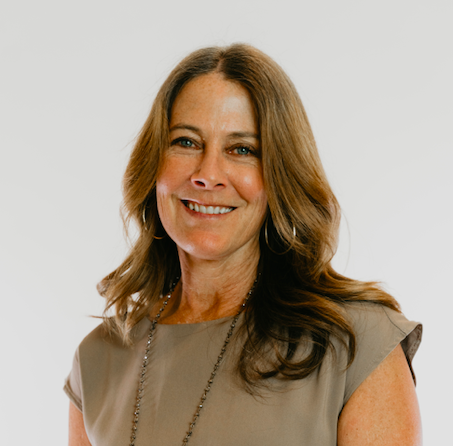 Tammy is the Marketing Director for Schwebel, Goetz & Sieben, a personal injury law firm in Minneapolis since 1992.  Her responsibilities involve proposing and assisting the firm in developing and implementing all marketing initiatives.

That is where she had the opportunity to meet and work with Aaron and Amanda Holm and watch this organization soar.  When the opportunity presented itself to become a board member, Tammy was both honored and humbled to work with an amazing group of people to further the mission of Wiggle Your Toes.

Tammy is married with two adult children, a new travel enthusiast with her husband Dan, and a self-proclaimed hack at golf. 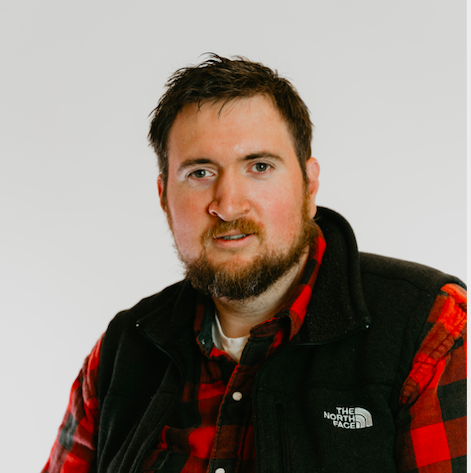 Rob currently is working as a Clinical Education specialist at Ottobock Healthcare.  Rob was born with a congenital  limb loss resulting in above the knee amputation. Rob has known from a young age that he wanted to work in the orthotics and prosthetics industry.  Rob graduated college from the University of Oklahoma in 2006, then went on to attended California State Dominguez Hills orthotics and prosthetics practitioner program. Over the years Rob has volunteered with the Amputee Coaliltion kids camp and with Challenged Athlete Foundation. Wiggle Your Toes mission was a perfect fit for Rob and in 2019 he helped launch Wiggle South in Austin, Tx